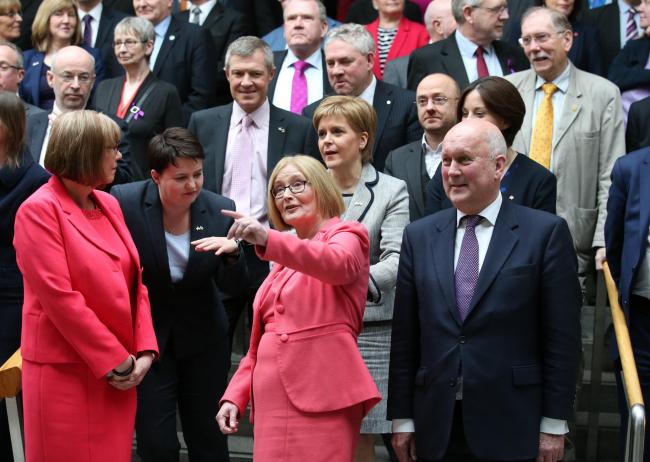 Local CAAT campaigners held a demonstration outside Scottish parliament to protest the hosting of one of the world’s biggest arms dealers.

Andrew Smith of Campaign Against Arms Trade said: “Lockheed Martin and BAE Systems have armed and supported human rights abusers and dictatorships around the world.

“Over the last four and a half years, their weapons have been used to inflict terrible atrocities and abuses on Yemen.

“It is totally wrong for MSPs to invite these companies to use the Scottish Parliament as a platform and a propaganda vehicle for their appalling business.”

>Read coverage of the event in The National here

This site uses Akismet to reduce spam. Learn how your comment data is processed.